Background and Purpose: Development of gross motor function in children with cerebral palsy has been a primary goal of physical therapist for decades. The purpose of this report is to describe how the Thera Suit combined with an Intensive Therapy Program, was used in a twelve-year-old boy diagnosed with cerebral palsy (CP). Methods: Prior to participating in the intensive therapy program with the Thera Suit he was classified using the Gross Motor Function Classification System and his gross motor abilities were measured with the Gross Motor Function Measure. The subject participated in intensive therapy with the Thera Suit for three weeks, Monday-Friday, 8:30 am -12:30 pm. In addition, to the program the boy also received a half an hour of aquatherapy and hippotherapy each of the weeks. At the conclusion of the three weeks, and after six months post intervention, the subject’s gross motor abilities were measured with the Gross Motor Function Measure. Results: The subject demonstrated improvements at the conclusion of the three weeks in all categories of the Gross Motor Function Measure. The overall improvement from the baseline score was 8.66% without the use of assistive devices and 9.53% with assistive devices. The subject maintained these improvements when re-tested six months post intervention. Conclusion and Discussion: This case report suggests that the Thera Suit with the Intensive Therapy Program, including aquatherapy and hippotherapy, helps improve a patient’s functional abilities. Also this case report supports the literature suggesting changing current physical rehabilitation programs for children diagnosed with CP to include bouts of intensive suit therapy programs.

The Therasuit Method - Effectiveness and Results 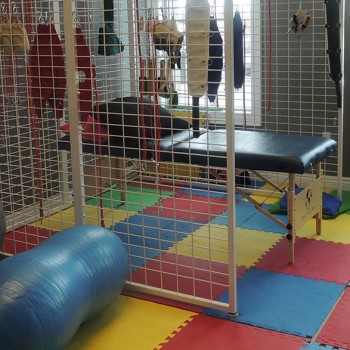